Welcome to the ascension process! We have been in it for decades, but the ride keeps getting more and more exciting.

The last several weeks have tested our resolve and determination in multiple ways. Think back almost six weeks to be beginning of June when the “true preparation” for the eclipse season started and all that has transpired in such a short amount of time.

The New Moon, Full Moon and Solstice energy in June, which wired us directly and permanently into the Noosphere, brought the entire planet into a new potentiality.

On a personal level, we have been asked to once again make major changes in our lives, beliefs, patterns and energetic systems. All of which is extremely necessary to live within the new timeline and grid systems that are birthing at this time.

This is no easy task, as the 3D outer world continues to try and hijack our thoughts, while working to keep the collective in fear based vibrations. Then bring into the mix the planetary shifts Gaia is doing to change her neural network and grid systems to solidify her next level of transformation. Over the last couple of weeks there has been tremendous efforts to bridge timelines and the grid systems which support the new potentiality.

As with any project, things shift and change as needed to accommodate for a myriad of influencing factors. The evolution of Gaia and life upon her is no acception.

You have the lower vibrational influences, which are working diligently to keep control and the status quo of fear, separation mentality and chaos within the global arena. No need to elaborate here…

Then you have Gaia taking full advantage of the cosmic influences and alignments over the last few weeks to cleanse, clear and realign her bodies. Honestly, what we perceive as major natural events are merely a “stretch and bletch” in her reality. It's simply her way of making minor shifts. This is not to discount those affected by these events, but simply to shift your perspective. Our hearts go out to all who have suffered from the earthquakes, freak snow storms, hurricanes, etc. etc. etc.

These events are a part of the process and necessary to manifest the new timeline we are moving into.

Over the last week I personally have spent hours in an altered state, out in the higher realms, constructing bridges from the old grid systems to the new. Like a massive combination lock and jigsaw puzzle, the “pieces” continue to come into alignment, creating a new foundational platform for consciousness to land upon.

As gridworkers, many of you have been “out working” in the higher realms, as we are all part of the team embodied to anchor this new reality into form. The energy must be anchored via our Divine Vehicles to manifest into a physical reality.

Portals have been opened and activated within the regions of the planet where Gaia has “released” – which has been across the entire planet.

Parts of older grid systems have disintegrated, as new grids are installed. The earthquakes assist in lining up the neural pathways of Gaia's internal grids as her etheric bodies align with the cosmos. And it will continue. Remember, this is an evolutionary process.

The key is to keep yourself fully aligned into the new timeline. Again, no easy task with all the 3D distractions and attempts to manipulate the “ascension technology” which is in place.

The “split” between timelines is becoming more and more evident. Although using that terminology seems counter productive, the division is happening. At this time, we are constructing the higher timeline and what some refer to as 5D reality. We are creating the new reality, which the majority of humanity will then be able to access in the future.

This is NOT an all or nothing scenario. It is relatively naive to think that the entire human population would be able to make such a massive leap in consciousness all at once.

This is a process and we are the forerunners, building the bridges into a new frequency of human existence.

If you can keep yourself focused on the bigger picture, the ability to stay aligned is much easier. It is when we get sucked into the 3D hype and misinformation that it is easy to get off course.

The more we focus on the end result and not be distracted by all the “sideline dramas”, the stronger we are as a team.

We all signed up for this beautiful assignment because we are experts of breaking out of illusion! Remember this truth and start playing the game by your rules!

So as we come into the Full Moon and Partial Lunar Eclipse, which closes this eclipse season and imprints the next 6 months bringing us into the 2020 energies, it's important to have your head and heart in the right space!

Thank you for being an active part of the process of shifting consciousness! 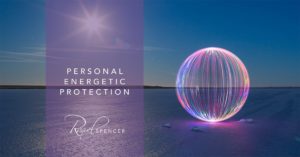 How Strong Is Your Personal Energy Field?

Do you feel like your energy gets zapped? Do you ever feel wiped out after…

Self Love IS Essential!

Self-love. Such an amazing concept for just too small words. The foundation of awakening is…

Do You Love Yourself?

Self Love.  It is something that most people gloss over in conversations or when speaking…