You're An Advanced Quantum Being

You are a vast, advanced multidimensional being that vibrates and exists through multiple dimensions, bodysuits, levels of consciousness, solar systems, star systems, galaxies and perhaps even multiple universes.

You are magnetized to this work as part of a soul group of highly skilled Multidimensional Beings who are here at this time in Cosmic History to shift the consciousness of humanity and return to our original blueprints of creation.

The magnitude of that statement continues to expand as we raise our frequency and unlock our true potential and missions.

2020 marked the beginning of the "next stage of evolution" as we began to unravel, at the quantum level, thousands and thousands of years of distortion within this quadrant of the universe.

These "distortions" have profoundly diminished the human ability, as a species, to operate at higher levels of consciousness.  Much is happening throughout our galaxy and universe to bring everything back into original alignment with Source, which is affecting every single adamantine particle of this universe.

Our world and humanity are already experiencing the beginning stages of this quantum level work, as Lightworkers around the globe feel a heightened inner calling to step more fully into the role as agents of positive change.

You may feel that inner calling, but don't know what "it" is.  It is understandable to question such a role, the impact and reason for continuing on the "spiritual path", especially with the frustration of not being able to "connect" with what you KNOW in your heart to be true... your Higher Self and the mission.

It is a sign of immense dedication to continue on this path with only an inclination in your heart that something much bigger is happening than what "meets the eye" at this level of consciousness.

Yet, you KNOW the alternative is not an option.  If you are still reading this, you are here for a HUGE mission and purpose that goes way beyond your individual awakening.  You are part of a team of highly skilled and advanced Beings who are here to correct all of the distortions that have happened since "the fall" and even before...

What distortions you ask....

This universe was created to experience separation and duality.  There are innumerable galaxies, systems, planets and species throughout this universe existing within multiple dimensions and countless body types.

To make sure an unprecedented level of separation was achieved, almost everything was altered from the natural flow of Source energy.

What followed was an intense separation that led to extreme disconnection from Source and our multidimensional aspects.  Remember, this was a conscious choice to experience the objective of this universe: duality, polarization and separation from Source.

Millions of souls/specialists from this universe and beyond came together to alter all levels of creation within this "deep dive experiment" including cosmic geneticists, architects, scientists, etc., etc., etc. to create the "playing field" for a deeper level of experience.  That was thousands and thousands of years ago within our concept of time.

This created the discord that enabled this extreme experience.  All the things that "spiritual seekers" want to ignore, like the galactic wars, the DNA manipulation, the dark agendas, are actually all real within this "holographic" experience.  It's what is referred to as the Quantum Dark.

Here is the really interesting thing... As these Quantum Dark experiences were created, the Highest Levels of Light Beings agreed to embody as the Highest Level of dark.  We sent aspects of our soul in to "play these roles" as we would never have given such distorted power to less advanced souls.

We also put in "fail safes" to unravel and take apart this distorted experience when it was time to "wrap up" the experiement.

Each of us has thousands of aspects throughout the universe, playing in many dimensions and bodies.  Everything is happening in the Quantum NOW moment.  There is no such thing as "time", as it is part of the distortion we created.

However, in this level of creation and dimensional consciousness, we continue to operate within the distortion of time and space.  But we ARE multidimensional and have simultaneous lifestreams happening on all levels of creation/dimension.

As aspects of us are still experiencing other dimensions within the Quantum Dark, this singular expression of our Unique Divine Signature Frequency, the one reading these words, (i.e. soul signature) is here to bring all of this back into alignment with Source energy.  Whew... no small task!

In February of 2020, we began the next level of unwriting, collapsing, closing down and repairing all the distortions "we" created.  We specifically put safety measures in to ensure our ability to succeed.

This is why many still only have a "deep knowing" of what is transpiring, rather than multidimensional sight or hearing.  If you truly could "see and hear" the dark quantum, you may not have survived or had mental breakdowns, etc.

We are systematically unlocking our Divine Vehicle as the frequency of the "collective", i.e. humanity and Gaia herself reaches certain levels of remembrance.

We are truly ON THE CUTTING EDGE OF CONSCIOUSNESS... and are working to bring everything back into alignment, back into the Original Divine Blueprint.  Balance and timing are necessary to walk both worlds.

We ARE the specialist, the advanced Beings of Light and the "team" that is here to correct the distortions and bring the world, this system and subsequently the universe back into full alignment with Source.  Earth is ground zero for ascending the entire universe.

Thank you for being here in the critical time in cosmic history.

When speaking about spirituality and enlightenment, it is easy to shy away, overlook or completely ignore this aspect of our reality.  I know I did for years.  No one wants to talk about the Quantum Dark and all that it entails.

The focus of most spiritual teachers and leaders has emphasized connecting to a higher wisdom, living in joy, creating abundance, and so forth - all incredibly worthy pursuits.  In the past, this was perfect.  However, at this time in our cosmic history, the focus needs to change.  Not that joy, abundance and connecting to your higher wisdom should not be the focus - they are merely the by-product of doing the actual work we are here to do.

Again, we are Advanced Quantum Beings here on a vital mission: to repair, heal and rebuild our way back into alignment with the truth of who we are outside of this "experiment."  It's time to unravel, unwrite, repair, rebuild and align back into our organic and natural birthright as Quantum Beings within the Universe.  We are the construction crew embodied who are building the bridge home.

As a Divine Being, when the original plan to take the "deep dive" into separation was conceived, she agreed to descend into the lowest levels of consciousness and provide a physical playing ground for many, many souls and experiences.

Just as the Divine Angelic Human races had their DNA and body structures manipulated and disconnected from the original blueprint, which allowed multidimensional access and connection to Source, so did Gaia.

As the experiment played out, her natural connections, Light body and so forth were completely taken off-line.  Her magnetics were manipulated and altered, her Stargates and meridian systems locked down, her multidimensional chakra system and architecture taken apart and even her natural tilt was changed.  The history and dynamics of this are far too complex to detail here, the incredible multi-layered magnitude of the distortions continues to come to light.

A key thing to remember is that this was all agreed upon, and "we" are the beings who orchestrated and played the roles allowing for this grand illusion to come into existence.  True, from a human perspective, it's hard to not get caught up in fear, victimhood, anger, etc.  The fact is that we all agreed to play our parts and experience this severe disconnect from our true essence: Source experiencing all levels of creation.

But now we are back embodied on Earth in masses to undo
the experiment, the distortions, and return to wholeness.

In 1987, during the Harmonic Convergence, the decision was made to conclude this deep dive and ascend Earth along with all of her inhabitants.  A change from the original plan laid out in the well-known Mayan calendar, which predicted the end of a 26,000 year cycle in December of 2012, when the earth was once again going to be re-seeded.

From that moment in our linear time, many who were the forerunners already embodied on the planet, and literally millions more have incarnated on Earth, are here to assist with the ascension of Earth, this galaxy and the entire universe.   This is why we are all here at this time in our cosmic history.  And although we are specialists, ascending from this level of density and consciousness has never been done before.

There is a very detailed, beautiful systematic plan to return to zero point, as we work together collectively and individually to return to our original blueprints.  We are fractals of the whole.

As part of the "fall from grace" (as religions have referred to it) we consciously created a playing field in which we could experience separation from Source to the extreme.

Within that experiment, much was done to lockdown the organic Stargates, portals, ley-lines, etc., and create false and distorted grid systems and reverse spin energy fields and more upon earth.

However, it goes way beyond earth, creating distortion throughout the solar system and galaxy.  Black hole technologies, AI grid systems, whole races which were genetically engineered, hybrid races and more, were created to experience all levels of separation.  This created a vast and very complex arena to play within.  Many of the star nations and races (which we have incarnations in) were affected by these distorted or dark technologies.

Within this experiment, many experiences were created, producing what are called "fallen timelines."  We all have many, many aspects of our Signature Soul Essence incarnate throughout this galaxy and beyond within the fallen timelines.

Within the Universal Time Matrix we are currently experiencing here on earth, the cosmic time markers to unravel and correct all the distortion have presented.

It's time to reclaim our soul essence and come back into alignment with our Quantum Selves within the larger universal experience.

It's An Inside Job! 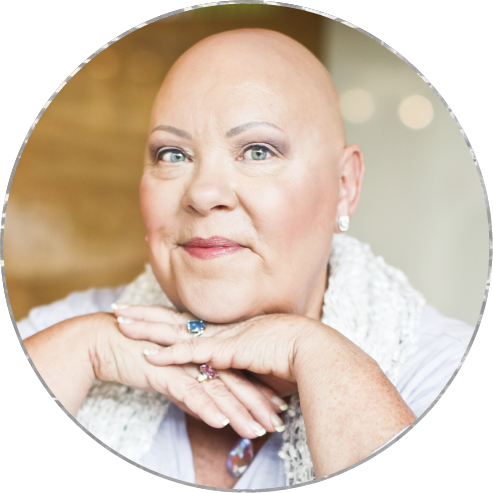 I'm referred to across the universe as a Multidimensional Energy and Cellular Light Specialist, among other things. 😉

One of my main contracts, missions, directives is to bring through the most advanced energy technologies to help the human body repair and evolve to hold higher levels of Light intelligence.

In addition, I work at the universal/quantum level as a leader/coordinator in ascending this universal template back into zero point.  I have spent the last 30+ years in this embodiment working at the quantum level, rebuilding the grids, interfaces and energetics in this quadrant of the universe and beyond.  Learn more...